In Memory of Chuck Stanfill, Jr.

Chuck Stanfill was a long standing member of the Raleigh Claims Association and joined the Association’s Board of Directors in 2008. 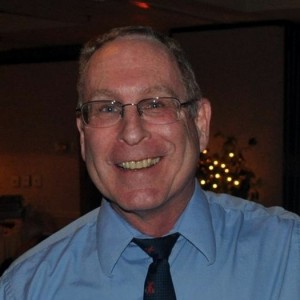 Chuck Stanfill was a long standing member of the Raleigh Claims Association and joined the Association’s Board of Directors in 2008. Chuck was elected to serve as the Association’s 2012 Vice President. He was a dedicated member of our organization and made numerous contributions to our growth and success. He served as Chair of the Education & Scholarship Committee, which organizes events to offer continuing education courses to our members.

Chuck graduated from the University of Tennessee in 1978 with a degree in Microbiology. He remained active with his school alumni and served as president of the University of Tennessee Alumni Triangle Chapter of North Carolina. He began his career as a Forensic Special Agent with the Tennessee Bureau of Investigation and the NC State Bureau of Investigation, and later joined the NC Department of Transportation as a Safety Risk manager. He was the current Safety Director with the NC Department of Environment and Natural Resources.

Chuck was a member of Aversboro Road Baptist Church and was active in their music program. He was a promoter for the West Johnson Band and Cleveland High School Band. Chuck has left a legacy of dedication and loyalty and he will truly be missed.

Chuck is survived by his mother, a sister Cathy and a brother Chris. His surviving children are Dorothy, Jessi and Andy. Any donations made in memory of Chuck Stanfill are requested to be sent to: SECU Hospice House in Smithfield , NC .